Cant believe my baby is going to be a momma. Its such an amazing circle of life. Time just goes by too quickly. They always said it would but now that I see my kids growing up and becoming real adults I realize that its flying by

Amanda had the IVF transfer this morning . The Dr put 2 embryos inside of her. I know the excitement and anticipation she is feeling . Her mind is probably going non-stop from picking out nursery decor to the “what-ifs”
My daughter is a planner, just like me. She will know exactly what she wants and will make a way to get it. If she hits a bump in the road she holds on and prevails. She will be an amazing Mommmy. She can multi task like no one else I know.

Been feeling well. I’ve been taking my injections daily for almost 2 months now and I can say there are no side effects. There is a nasty burn and welt after i take the shot, as if a bee stung me. But that’s it. I feel fine, just tired. But having a 2 yr old in your bed every night will do that.

I love my life.

I love my husband beyond words or cards, or superficial junk… I’m blessed that he loves me too. He shows me every day.

I like to keep busy all the time. I really have no use for t.v. I would much rather be doing something, anything productive than sit and watch Corey surf channels. If there is a good movie on then I will sit.

Pet peeves are: laziness. Apathy.being late. sarcasm, unless it’s me being sarcastic…stupidity. More on that I’m sure in future posts. 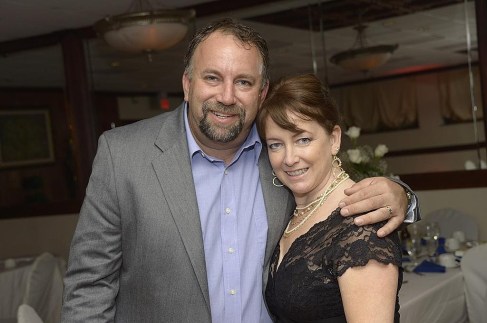 Corey surprised me yesterday by saying, “I think the boys will be OK if we go somewhere over night”. Meaning that we would have Kelly, our nanny stay over. Well, I jumped on that! It’s been 3 years since we have been away alone. Frankly, I’m shocked he suggested it. He is so attached to the boys.

So, off to Mohegan Sun in CT. I am beyond excited. Its a place that we have been too a bunch of times and its always romantic and relaxing. We don’t gamble but we make use of the indoor Atrium-Pool. There is a poolside bar that serves up “flash-floods”, the most delicious decadent frozen drink that Corey loves. So we will soak in a Jacuzzi and sip our drinks, or read, or nap. Then dinner will be at Michael Jordon’s Steakhouse. They have romantic booths that are behind a curtain.

I am just looking forward to being away from all of the chaos that has been my daily routine. No babies in my bed, no negotiating with a 2 yr old for a diaper change.. NO diapers!

Just He and I together alone…..because we really like eachother. ❤

Hannah came to me as such a breath of fresh air. Just what our family needed at the time.

The big kids whined when they heard I was pregnant. They thought it would mean sacrifice for them I suppose. Its amazing how wonderfully bonding a new sibling can be though!

Amanda immediately became Mommy #2, a role she had been practicing for about 11 years.. since Danny was born.

Hannah was and is a sweetie pie, born in a blizzard in March.

Her middle name was given to her by Danny. I think its a great middle name.

Hannah is wise beyond her years. She has had to overcome a lot of obstacles and adversity. She was just a little 7 year old when her world changed and she had to start sharing her time with me and her father, Juggling her books, and clothes to go back and forth. . It was alot for her to process at her age and I am so proud of how she handled herself.

I hate that she had to grow up so fast.

She is and has been my right hand for the past 2 1/2 years. She loves her little brothers unconditionally and is so loving and amazing with them.

I can count on her to jump in and help with a bath, bedtime story or changing a diaper. I know a lot of her friends don’t have as much responsibility but I know these lessons she is learning are making her a better, more balanced person.

One thing that I always found remarkable about Hannah was her ability to express herself. Even at a young age she could articulate the deepest and most sensitive feelings.

She is an honor student with a very creative side that she won’t acknowledge. She has drawn and painted pictures that are so amazing in their depth and perspective. I always wanted to nurture that in her but she fights it.

John Andrew was born just 17 months after his big brother Danny. He was definitely a surprise and a wonderful blessing at that. He was born 2 days after his due date and was a big, round, healthy boy.  We gave him the middle name of Andrew to honor my brother who had passed away during my pregnancy. The ironic thing is that John has alot of the same physical features. BIG round brown eyes, and dark hair. He looked a lot like my little brother when he was a baby.

Johnny was an easy-going baby and would follow Amanda and Danny around everywhere. I remember him running alongside as Dan zipped up and down our block on his bike. He was often left in the dust…He never let that get him down. He always had a wonderful, cheerful disposition.

John is a hard-working, very reliable sort. If he says he is going to do something, you can rest assured that he will, or it will nag at him if he can’t for reasons beyond his control.

He can be self-defeating at times but I feel this comes from being the youngest for 9 yrs and second guessing himself. He is extremely intelligent and can do anything he sets his mind to.

Some would say he was a “momma’s boy” back in the day. It was true. I thought he was my last baby and intended to keep him that way as long as I could. The other two had each other, he was mine…. That dynamic did not make him insecure, or needy in the least. At 18 yrs old he picked himself up and moved to San Diego  Ca. Just to spread his wings. He got a job transfer, and apartment, a bicycle and was completely self-sufficient. It was the best thing for him. It taught him the value of money and also of family. He became very mature during that year of self-discovery.

He still kisses me every time he comes over and I love that.

He is a smart, very funny, talented young man.

I love him as a person not just because he is my flesh.

This song will always remind me of JOHNNY KAT

………In the light of the sun Is there anyone?

Oh, it has begun Oh dear, you look so lost

Your eyes are red, the tears are shed

This world you must have crossed, you said…..

I think I need a sunrise

Some snow would be nice, oh yeah………

My first son came into this word fast and furious… Barely enough time to get to the hospital, and no time for an epidural. Uggg, worst labor ever, but at least it was quick. He started out causing me pain and when we got him home from the hospital it was weeks of colic. He always seemed to be cranky as a baby, then as a toddler we would have to “trick” him into being compliant, as in making him choose to do what we wanted him to do on his own somehow. He hated authority even as a baby. Funny how certain characteristics are bred.

Luckily he became mellower with age. As a young teen I remember him always wanted to be involved with what ever was going on in the house. He would help peel potatoes in the kitchen or shovel snow outside. He was a good boy that way. If I was running out to the store it was Dan who would volunteer to come and help me with the groceries.

Now he is a laid back, almost 24 yr old young man of whom I am very proud. He has overcome many obstacles and made some painful choices recently that he needed to preserve his own well-being.

We went through our ups and downs together as any parent can relate to raising a strong- minded boy.

I see great things for him in his future. All he needed was some support and a feeling of self-worth to move forward.

Its wonderful to have him living under my roof again after years of not seeing him. Im glad that he was able to lift himself up and stand up to some demons. Namely…his father.

His step-father, my wonderful husband, Corey has treated him like his own and is being the “father he didnt have to be”

“he didnt have to be”

…………..And then all of a sudden
Oh, it seemed so strange to me
How we went from something’s missing
To a family
Lookin’ back all I can say
About all the things he did for me
Is I hope I’m at least half the dad
That he didn’t have to be 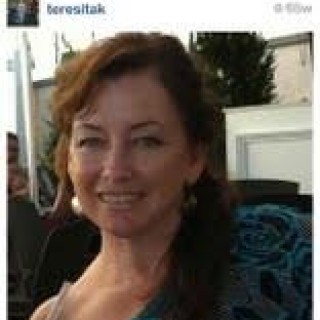 The Story of Me
Blog at WordPress.com.